The Library of Minas Morgul 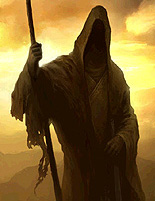 Welcome to the Library.

We trust thy stay here wilt be most pleasurable and profitable. Shouldst there be any questions which vex thy mind or if thou needst any assistance, the Librarian is always on duty. He is quite knowledgable, for he hath spent many years studying the ancient tomes contained within the Library, and seldom doth he have need to close his eyes in slumber. If thou dost not see him, do not be troubled; he is always just a heartbeat away.

Feel free to browse among the stacks. We are sure there is something here that will be of interest to thee. Explore the archives of Second Darkness, which tells the arcane origins of The Circles. Then there is the Black Speech Library, where expert linguists of the Dark Tongue have prepared lexicons to help thee learn the speech of the Nazgûl. For those who wish to delve more into the lore of the Illustrious Nine themselves, there is the Chamber of Nazgûl Studies.

Turn down the aisle straight ahead and thou wilt find a circular room which houses the great tomes of The Circles, the massive apocryphal work which has been carefully transcribed from the ancient volumes by noteworthy Sixth Age scholars.

Come in, gentle reader. Do not be shy. Tarry with us a while. Perhaps thou wilt find things in the Library so to thy liking that thou might never wish to leave...

The Circles of Power
By Angmar and Elfhild

In an alternate universe set in the Third Age of Arda, the West was defeated at the Battle of Pelennor Fields and the war swept over Southern Gondor. To the dismay of all the Free People of Middle-earth, the Dark Lord Sauron regained the One Ring, His rising power threatening to plunge the world into a Second Darkness.

A tale of peasants and Powers; of masters and slaves; freedom and bondage;
of adventure, romance, mystery and intrigue; of wars and bloodshed;
of love and loss; of spirits and magic and the unquiet dead.

Explore the dominion of the Nazgûl, the Morgul Vale with its ethereal mists and meadows of pallid funereal flowers...
the barren, rock-strewn plains of Gorgoroth, home of the terrifying Mountain of Doom...
the perilous beauty of Barad-dûr, wrought of obsidian and black adamant, forged by the will of the Dark Lord... 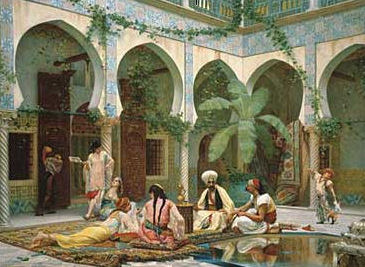 The rich plantations and harems of the merchant shakhs of Nurn...
the sweltering deserts, lush oases, and domed cities of Harad and Khand...
the rolling steppes, ancient forests, and frozen wastes of Rhûn...
the fading legacy of the Númenóreans which yet lingers in Umbar, but is forever tainted by the worship of the Dark...

...Journey into the Unknown...

Venture Into The Circles

Before The Circles, There Was...

What if Mordor had won the War of the Rings and the One Ring had been found and returned to Sauron?
This is the original alternate universe creative writing venture based on J.R.R. Tolkien's works, and the inspiration for The Circles.
Though the project ended in 2005, readers can still enjoy these legendary tales of old.

Almost all thou ever wished to know about the Nazgûl.
This candlelit chamber contains a lengthy compilation of quotes gleaned from all the works of Tolkien,
as well as commentaries and articles from Nazgûl scholars.
There is also a list of fanfiction written about the famed Nine Lords. Ringwraith fans rejoice!

Explore the Secrets of the Nine

Here thou wilt find links pertaining to Tolkien's Black Speech and the many fan-created dialects of the dark tongue.
The Library features Lugrekh's Red Hand Orcs Wordlist, and a translation of the Svartiska Dialect into English.

Enter into the Library 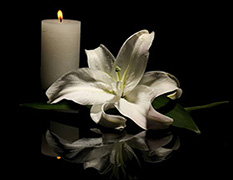 This sacred fane has been erected as a tribute to the creator of Second Darkness, The Circles, the Chamber of Nazgûl Lore, and the Black Speech Library.
Though Angmar has passed beyond the Circles of the World, his memory and love of Middle-earth lives on through his writing and many creative projects.

If thou hast questions or comments, please write to Lady Elfhild, the Scribe of Minas Morgul.

The Lord of the Rings and all Tolkien characters copyright J.R.R. Tolkien. Original fanfiction stories based on Tolkien's Middle-earth are the property of their creators and may not be reproduced without permission. We make no money from this venture and do it as a labor of love for the works of J. R. R. Tolkien.